Improvisation is the key.

Sometimes things just don’t go the way their supposed to and then you have to improvise. 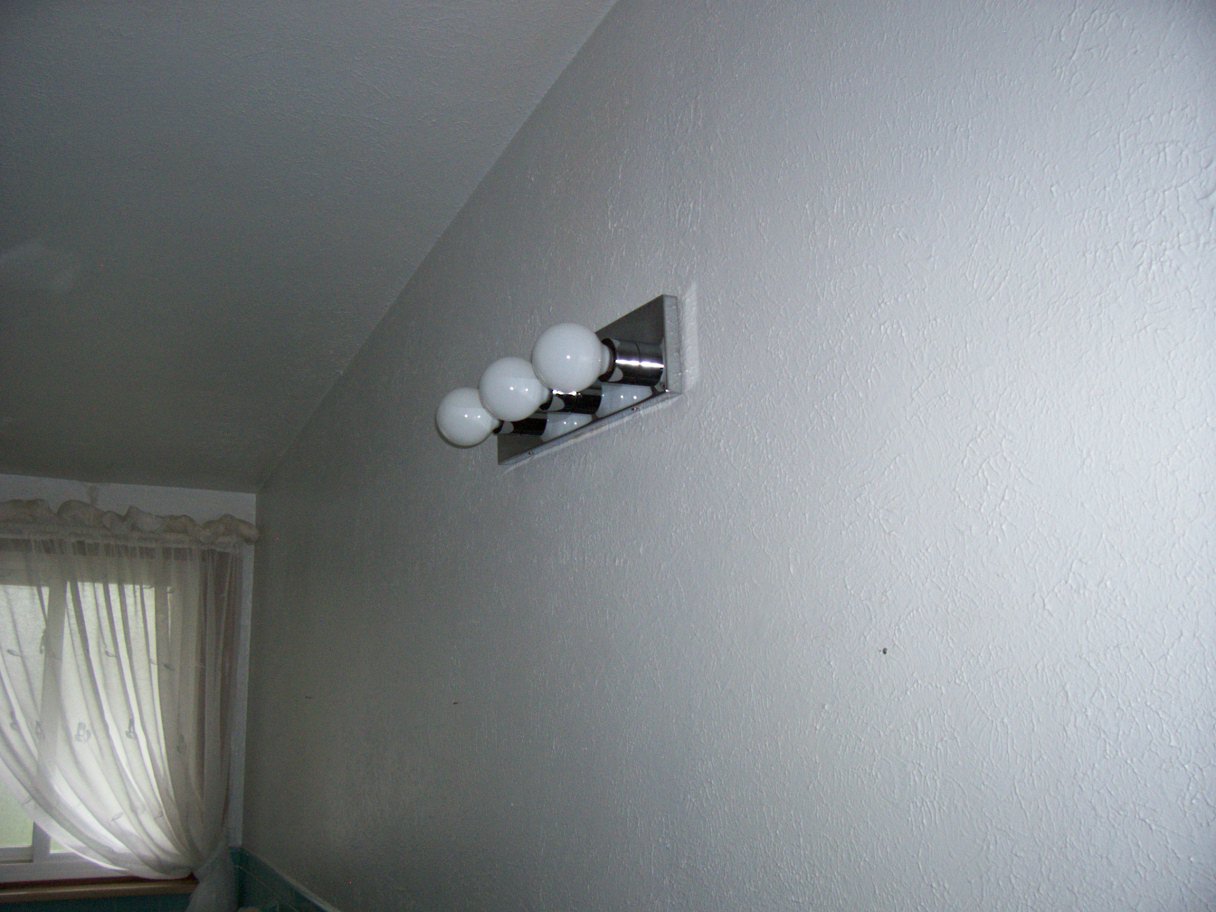 When I was installing this wall light, one of the pre drilled mounting holes was located in a bad place

I wasn’t able to just screw a screw in thru that hole because there was something really hard in the way.
My first guess was that the wall box used to mount the light had a metal mounting bracket nailed to the face of the stud.
But, the other possibility was that a “nail plate” was installed on the stud to protect some wiring going somewhere. (Probably to the light)
I was going to try to drill a hole thru the “hard stuff”, but ended up just drilling a new hole in the light housing in a place that would not interfere with the wiring that might be going thru the stud at that point.
A 5 minute job ended up taking about ½ hour after not being able to drill thru the hard spot and then realizing I probably better not drill there anyway.
Since I couldn’t screw into a stud, I had to put a plastic anchor in the wall to hold the screw.
There are, of course, several types of anchors that could of been used. Since there won’t be much pressure or weight applied to these anchors, I just used the simple conical  plastic ones that came with the light.

What would you have done? Enter your comments below!

A Few Tips About Laminate Flooring Review by Carol Horner