I posted info about a normal toilet repair situation in another post which you can view  here.

This post will address an unusual situation I ran into recently.

After trying a couple times to stop this toilet leak, I finally figured out what to do…

This was an installation that was installed over 50 years ago in which they used a 4″+ solid lead pipe for the drain pipe.

As it turns out, the lead pipe had lost its’ seal with the steel toilet mounting flange. (The pics below try to show the gap between the pipe and the flange.) 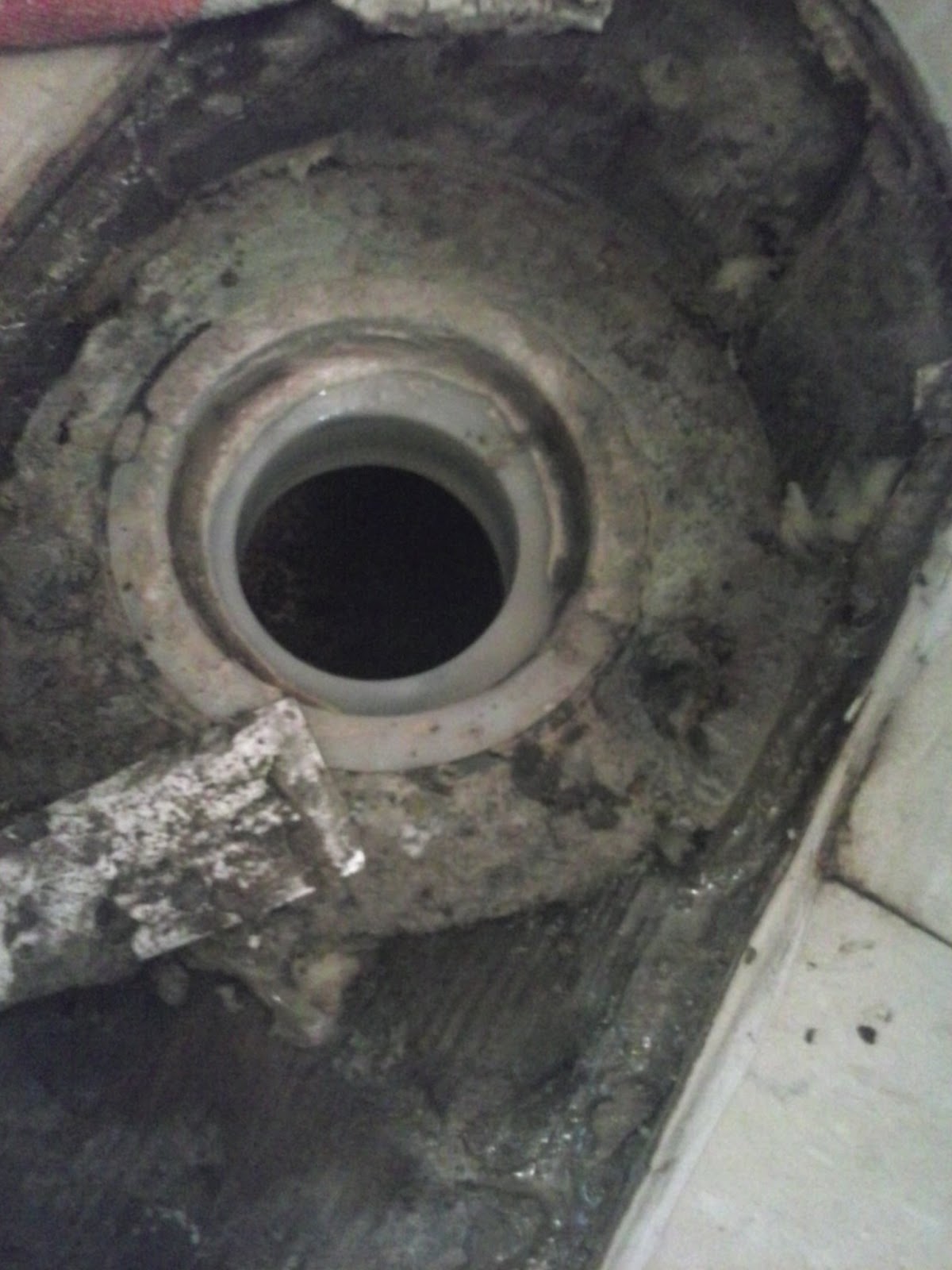 This broken seal was below the level of the toilet horn and the wax seal so, even if the wax seal was holding, the water running downward was leaking out of that broken pipe to flange seal.

The owner didn’t want to spend $400.00 to have a plumber redo everything, so I performed my magic…. 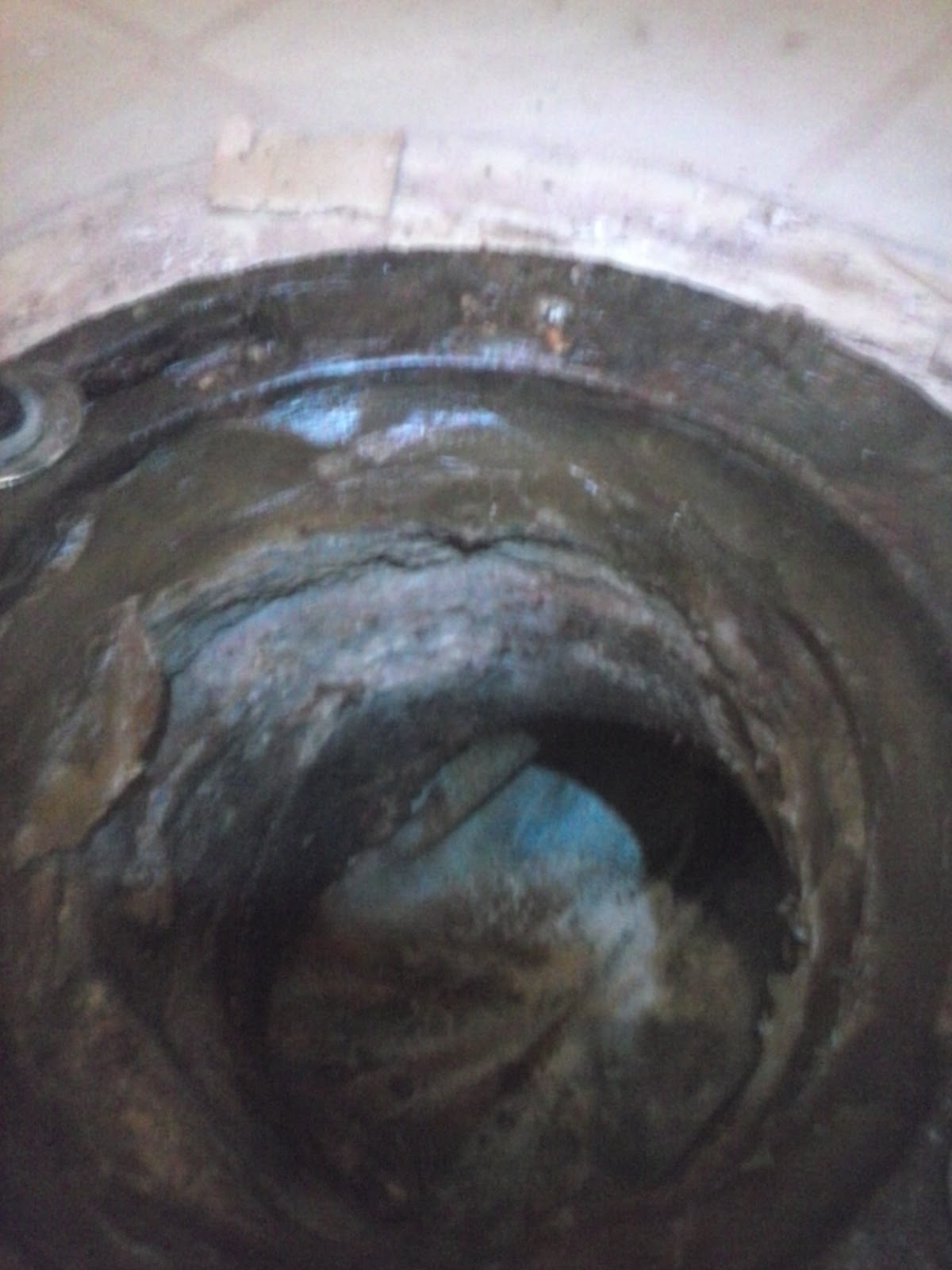 The first thing I tried was to seal the gap with some of the wax from a regular wax seal.
You can see how the wax did a good job of sealing the gap.

My concern was that the wax seal would break if the toilet rocked too much.

At this point, I knew the flange was a little loose too, so I added some screws to help hold it tight to the floor. The problem is, after leaking for some time, it turns out, the floor had started to deteriorate and lose its’ ability to hold a screw.

The owner planned on redoing the whole floor in the near future so I set the toilet hoping for the best.

I knew what I had to do… 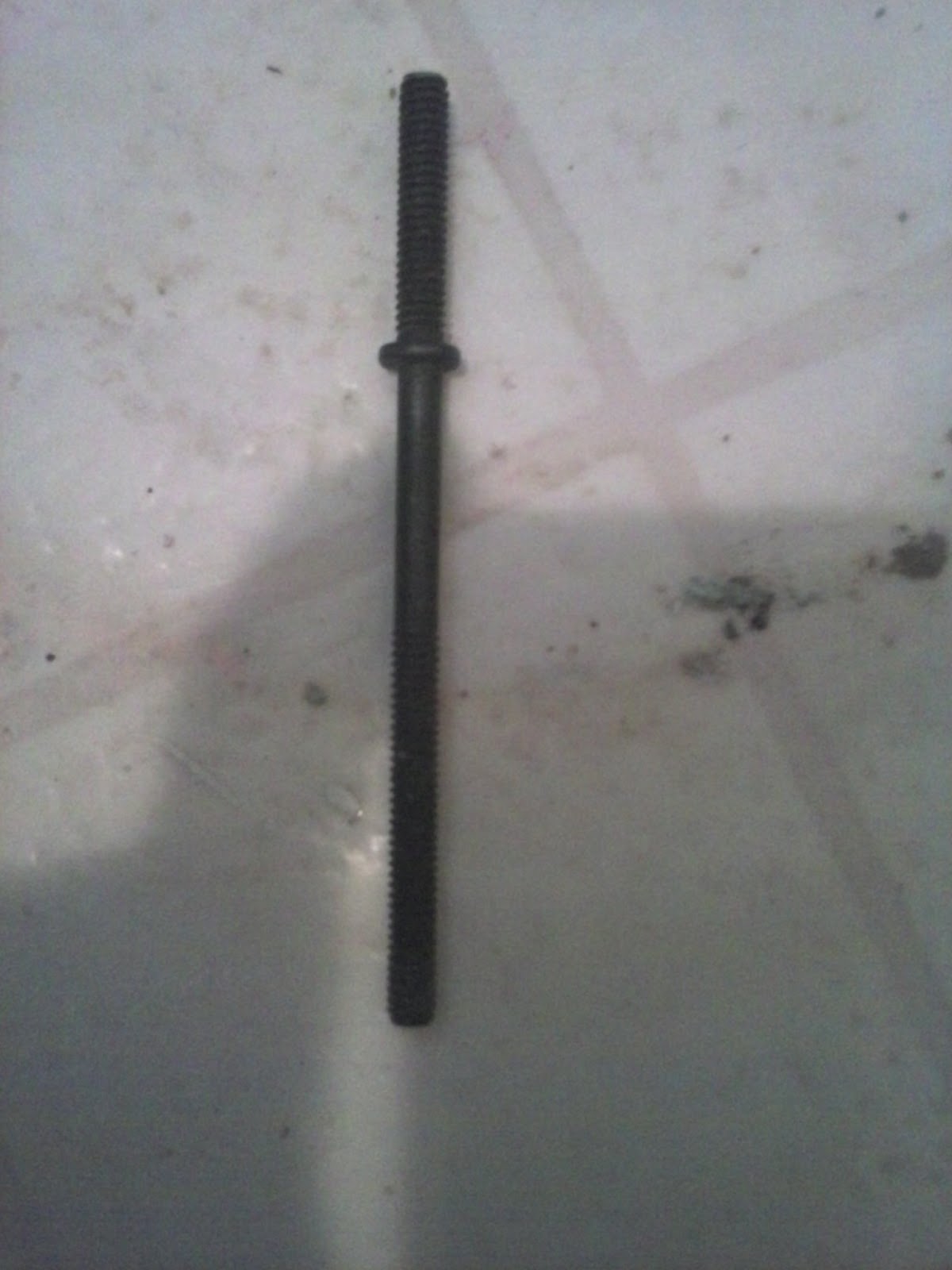 I happened to find, in my workshop, a couple bolts that looked like they were made for this purpose, just the perfect length to go through the floor to fasten underneath and long enough on top to anchor the toilet. 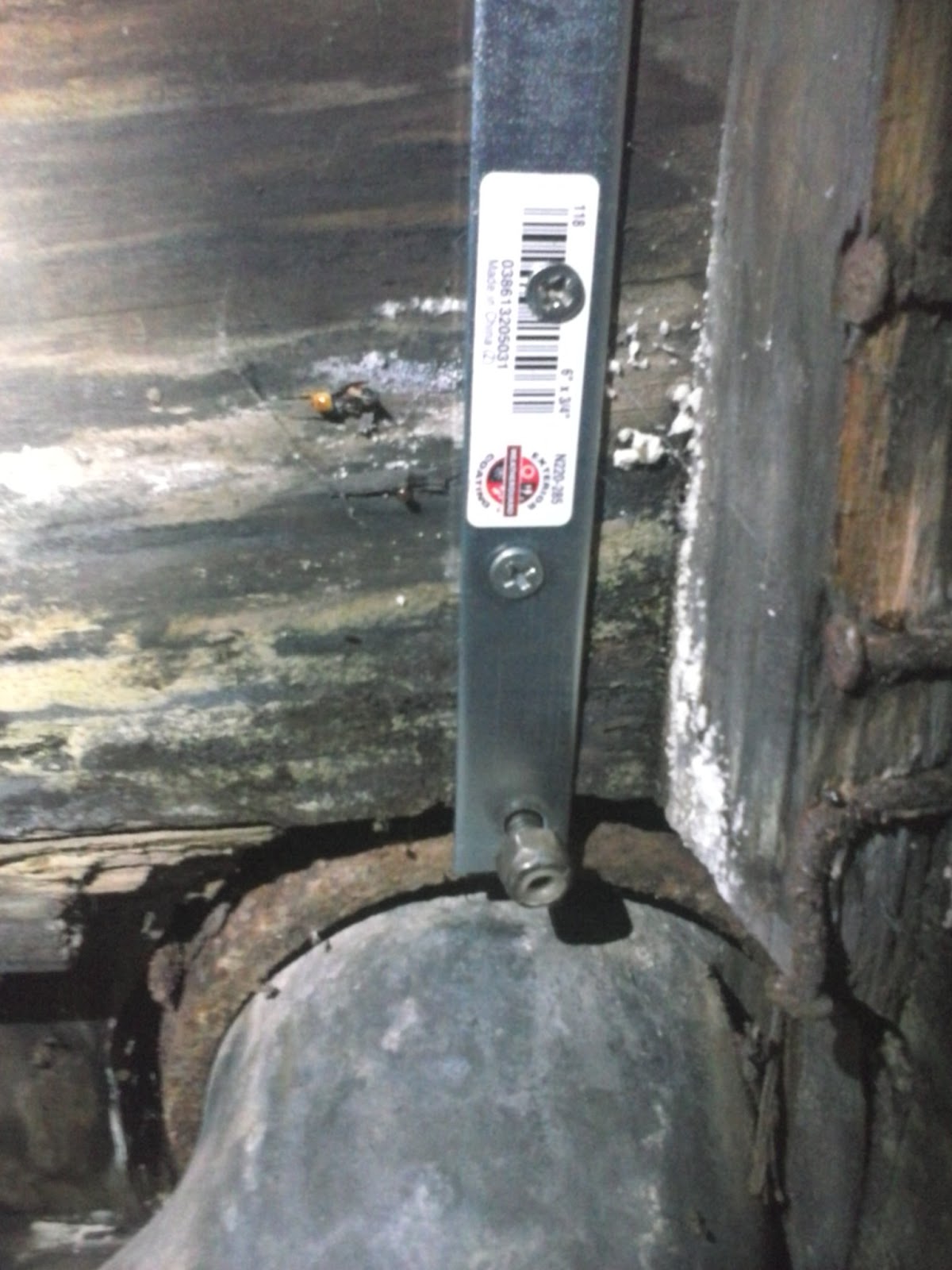 So, I installed metal straps under the floor, screwing them to the under side of the floor. Then, I ran the bolts through the toilet flange, down through the floor and through the metal plates creating a nice tight flange installation.

Now I could anchor the toilet to the flange and get a tight installation.

Since I had bad luck using the “wax-less seal”, I tried something else.

Since the wax I applied to the pipe to flange joint was holding,  and the flange was now secured tightly to the floor, I wasn’t concerned with the wax breaking loose and water or sewer gas getting through it.

I still wanted to use the “fernco toilet seal” so I could make sure the waste water would drop into the drain pipe at a point well below the flange and the problem joint.

Since I didn’t feel like it was fitting tightly into the drain pipe, I was concerned about sewer gasses escaping around the seal. The solution to this dilemma was to also use a plain wax seal under the fernco seal. (Between it and the toilet flange.)  I did have some trouble getting the fernco to stick to the toilet so I also used some silicon to help make it stick. Using the plain wax seal also helps assure that the fernco seal will remain tight to the bottom of the toilet.

Hurray, another set of problems solved…and now it’s been over a year with no leaks. (Yes, I checked.)

What would you have done? Enter your comments below! 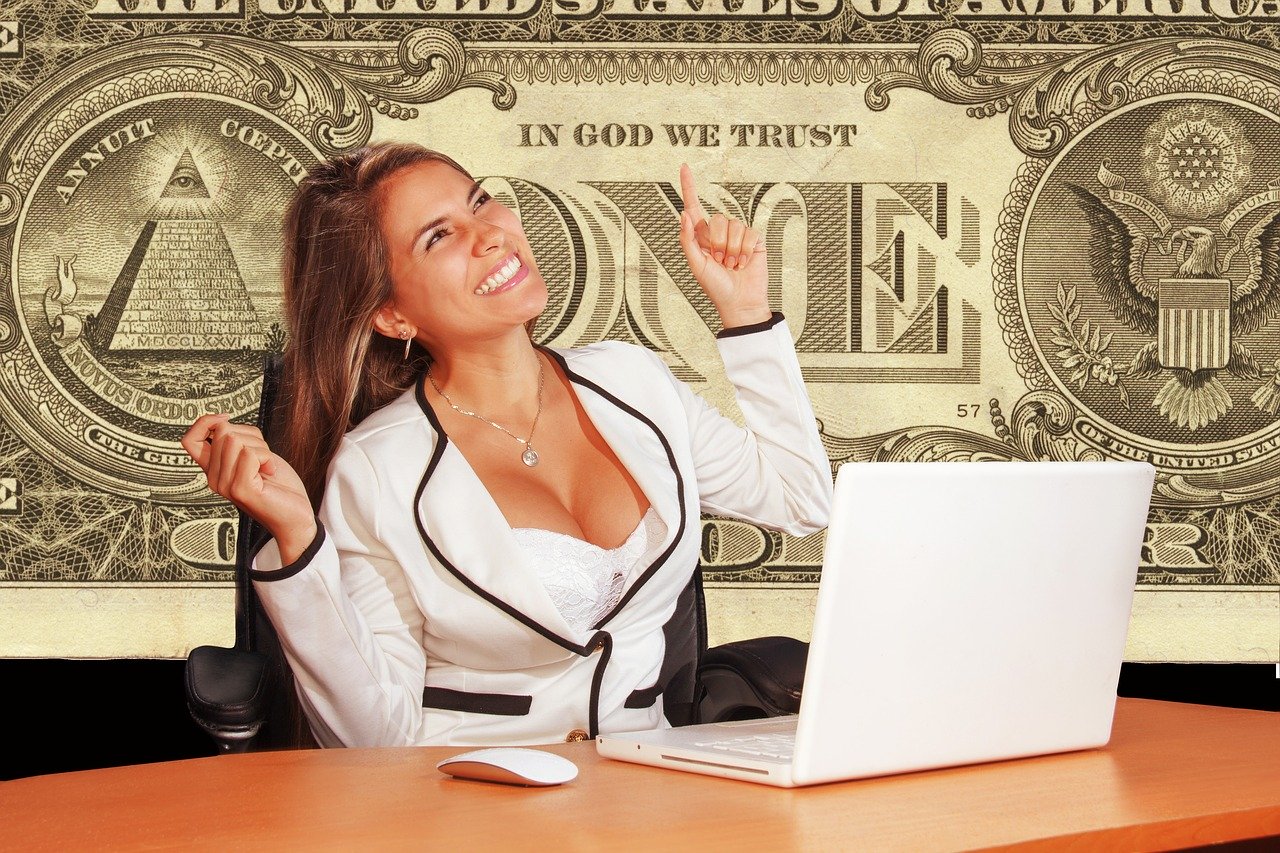